Shannon adores her animals and her quirky cat named ‘Shadow’ is the apple of her eye. ‘Shadow’ is not sure that he is a cat, he plays with the dogs, play’s fetch and even keeps his head out of the car window when Shannon drives. 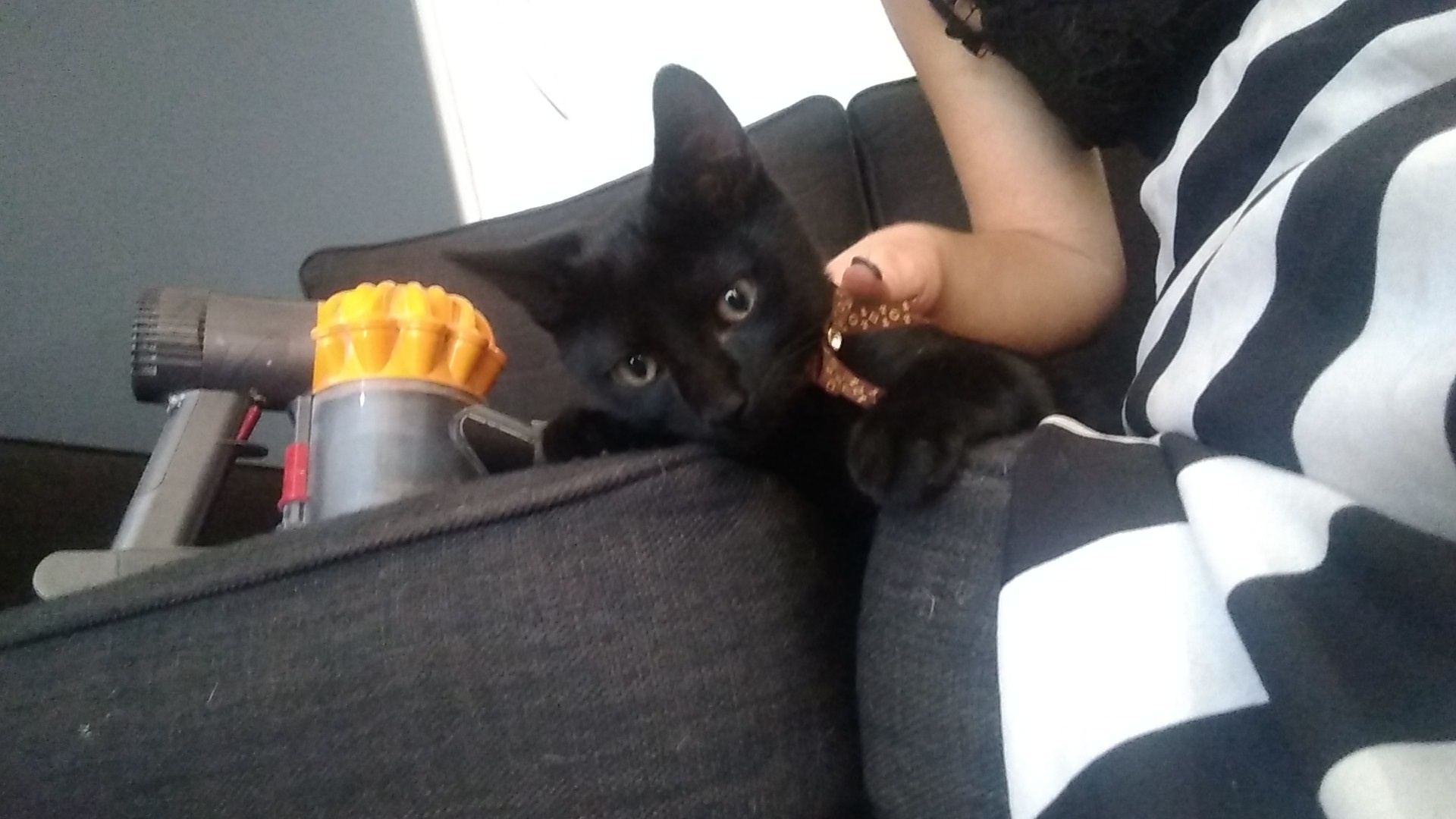 ‘Shadow’ was missing for several days and Shannon was beside herself with worry, the overly clingy cat hardly leaves her side. After a constant search for him, ‘Shadow’ was eventually found trying to climb his way under the small gap below the roller door. Since he had broken his leg so badly the poor boy was unable to bend it and get fully under the door. Shannon instantly realised he had been hit by a car and was in terrible pain while being seriously injured.

Without the funds due to being unemployed for 2 years and having some very tough obstacles over that period, Shannon planned to sell her car to pay for the surgery to save her ‘Spirit’ animal. Shannon had sold all her jewelry and borrow every cent she could from those who had anything they could lend her.

Then she came across a little charity called Pet Medical Crisis. “I would do whatever it takes to get him the care he needs I by far don’t think that it’s fair he should lose an arm because I can’t come up with a few thousand dollars. I would never allow that to happen. I was about to sell my car to cover surgery before I stumbled across your site it’s pretty bad, to be honest.” Shannon said when she applied for PMC help. “I’m actually and always have been a dog person and then I met shadow the first cat to mutually love me as much as I love him.

Shannon rated her stress levels at 10,000 out of 10 prior to getting PMC’s help. After the application was processed and approved, PMC took over managing the case and getting the very sore cat to the team at Lort Smith for their expert help. The vets did a fantastic job in saving ‘Shadows’ leg and taking care of the other serious injuries he had.

PMC is very happy to say that ‘Shadow’ is now recovering very slowly from what could have ended his life prematurely. Thanks to all those who have helped and continue to help us in our mission.